Human society has never been and is unlikely to be ideal. However it does not stand still in its development regarding the rights and accessibility of various social benefits. If back in the 18th century women were perceived exclusively as the continuers of the family and were severely restricted in their rights, then in the late 19th and early 20th centuries suffragists and the first open feminists were seeking equal rights for women in education and politics. In the late 60s, feminists began to talk about the patriarchal nature of human society as the main generator of infringement of women's rights. They started open conversations about domestic and sexual violence.

Since the 1990s, there has been a rethinking of the entire structure of interaction between men and women. Neither women nor men are perceived as two huge homogeneous groups with common interests for all their members anymore. Now there is a change in the binary oppositions so characteristic of the human mind. At the same time, numerous art groups appear that focus on combating the manifestation of sexism and racial intolerance. One of these groups was the association of anonymous feminist activists Guerrilla Girls (from 1985 till the present). 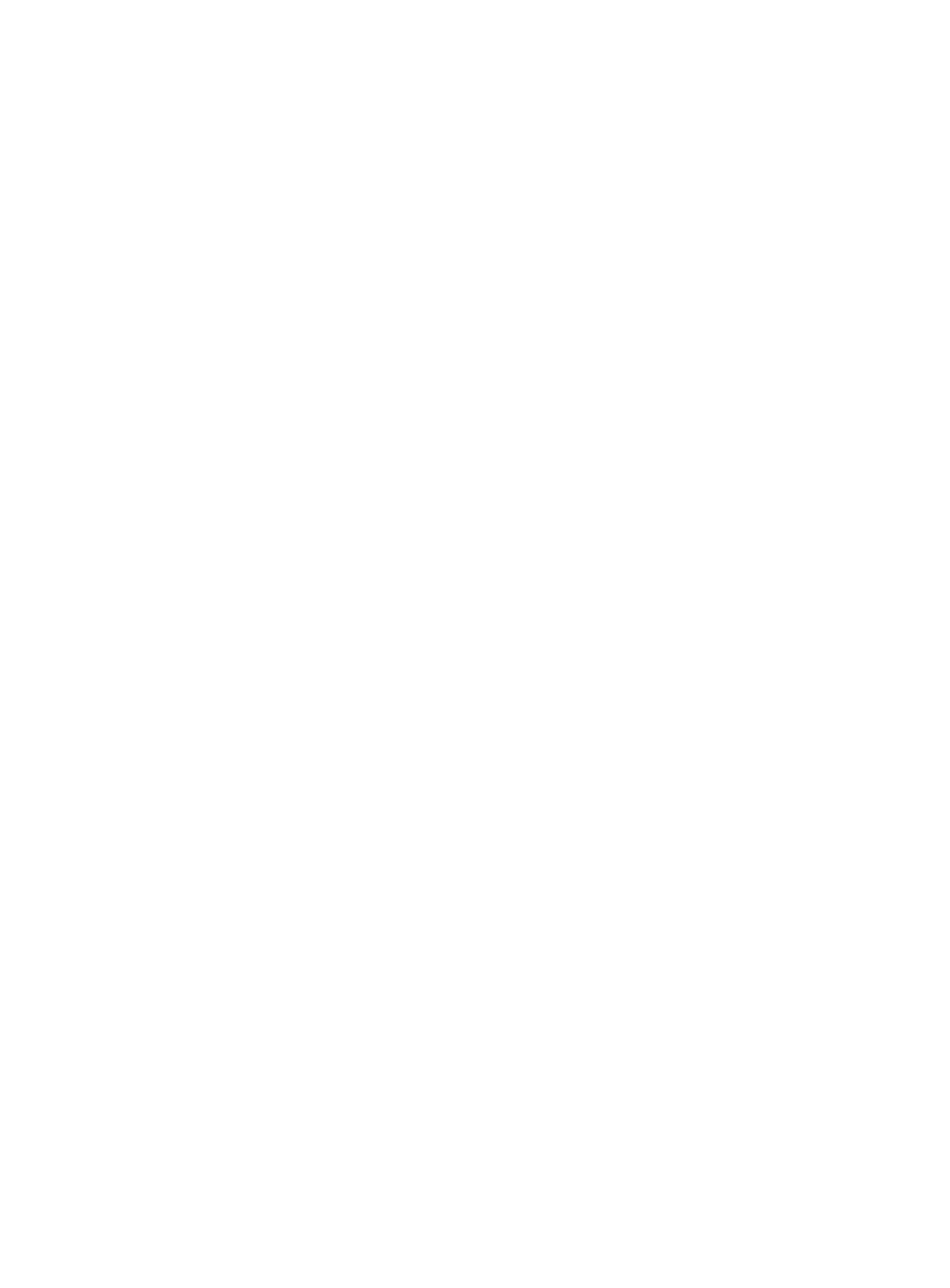 Guerrilla Girls
Several angry women against gender and racial discrimination in the Art: Guerrilla Girls!
And read a Magazine about photography, art and multimedia for FREE!

The event that directly provoked the appearance of Guerrilla Girls was the exhibition "International Review of Painting and Sculpture", which opened in 1984 at the Museum of Modern Art in New York. The media described the exhibition as "an exhibition of the most outstanding artists and sculptors from 17 countries." However, there were only 13 women among more than 100 participants, and the proportion of representatives of different races was even smaller. The exhibition was also accompanied by extremely controversial comments from curators who believed that artists whose works are not represented at the exhibition should rethink their approach to art and to their career.

This exhibition can be considered as a small case. However, on the scale of the whole situation associated with overt sexism and racism in the art sphere of that time this exhibition became an illustrative example. Female body and images were much more popular in art than male ones. Almost all high-profile exhibitions were funded by private organizations or individuals from a privileged stratum of society, which were mainly white men. It turned out that the exhibitions acted as translators of the power structure, and not as documentation of art. The board of directors of the New York museums was also dominated by men. All this accumulated discontent on the part of clearly oppressed female artists. Finally, in the wake of the already universal interest in feminist ideas, in 1985 this discontent resulted in the first action.
In spring of 1985, seven women, in response to an exhibition at MoMA that essentially supported sexism and racism, protested in front of the museum with unfolded posters. All the participants of the action were wearing gorilla masks. This has become the hallmark of Guerrilla Girls. When the protest failed, the Guerrilla Girls put up their posters all over downtown Manhattan. The most memorable image from their posters was the painting "La grande odalisque" by the 19th century French artist Jean Ingres, but instead of a female face, the odalisque had a gorilla mask painted.

Soon the number of activists grew, and with it the number of topics of interest to Guerrilla Girls increased. Now they were dealing with issues of sexism and racism not only in art, but also in cinema, popular culture and politics already at the national and international levels.

Some facts about the internal structure of Guerrilla Girls and their symbolism. Membership in the group is possible only by invitation from the participants of the project. The newcomer's relationship with current and former participants and involvement directly in the world of art are also evaluated. Men cannot become members of the group, but they can support it with advertising and publications. All the members of the group are presented in public not by their real names, but by pseudonyms, usually based on the names of already deceased artists or representatives of the art industry of different times. So, in the group there are Käthe Kollwitz, Alma Thomas, Hannah Höch, Frida Kahlo, Gertrude Stein and others. The idea of using such pseudonyms of the activist is primarily associated with one of the ways of giving respect. The idea of using gorilla masks as a symbol of the group arose due to a spelling error. The word "guerrilla" in English means "guerrilla", but in one of the first interviews in which one of the band members participated, this word was written as "gorilla".
"We were guerrillas before we became gorillas. From the very beginning, the press needed promotional photos. We needed a disguise. No one remembers exactly how we got our fur, but there is one story that at the first meeting the original girl, who did not know spelling well, wrote "Gorilla" instead of "Guerrillas". It was a deliberate mistake. This gave us a "disguise""
However, a random selection of the group's symbol reflects perfect the messages of the Guerrilla Girls to the public. First of all, the image of a gorilla in the mass consciousness is associated with King Kong, a wild beast that was tried to catch and tame. And strictly speaking, institutionalized artists were perceived in the art community of that time as such captured and tamed monkeys. In addition, the gorilla usually acts as a symbol of masculinity and masculine strength. But here, in combination with the exclusively female group members and the emphatically feminine images on the posters, the gorilla is perceived in a radically different way. Even the eroticized body of an odalisque on a poster with a snarling gorilla head changes the way a highly sexualized image is perceived. The addition of a gorilla not only causes dissonance in this case, but also raises the question of stereotypical female beauty, the understanding of which at that time was already beginning to blur.


In the field of art, activists have become famous mainly due to their provocative posters, opening people's eyes to the incredibly high level of sexism in the art world compared to other spheres. Their posters are always quite aggressive and accurate; they give statistics that they are right. Such things confuse people, which means they work in a certain way. In the movie industry, as a protest against the shortage of female directors during the Sundance Film Festival in 2001, Guerrilla Girls distributed relevant posters. Since 2002, the company Guerrilla Girls Inc. has been developing and installing billboards during the Academy Awards event. The slogans on the billboards, of course, are dedicated to the dominance of white men in the film industry, they sound like this: "Anatomically correct Oscar", "Even the Senate is more progressive than Hollywood" and etc.


In addition, to shed light on the inequality in the art world, Guerrilla Girls regularly publish a large number of books. Their first book was Confessions of the Guerrilla Girls, which consisted of 50 reproductions of their works and interviews with activists. This was followed by the comic "The Guerrilla Girls Bedside Companion to the History of Western Art", the gloomy catalog "Bitches, Bimbos and Ballbreakers", dedicated to stereotypical female images from masculine fantasies. In 2012, the book "The Guerrilla Girl's Museum Activity Book" was republished, which in its structure parodied children's museum books. In addition, they regularly hold exhibitions in informal cultural clubs or abandoned buildings and performance concerts, which are called "gigs".
Some people criticize the Guerrilla Girls' activists for inconsistency and even internal racism, since there are few representatives of the non-Caucasian race in the group.
However, despite all the contradictions, it is the Guerrilla Girls who popularized the issues of women' right in art. And partly because of them, sexism and racism are already beginning to disappear in contemporary Art world!
Text Anna Laza
Guerrilla Girls Instagram
More photographs and videos check in our Instagram
© 2023 FotoSlovo. Все права защищены.
Любое использование материалов сайта только с согласия редакции.
© 2023 FotoSlovo. All rights reserved.
Any usage of site materials only with the consent of the editorial board.